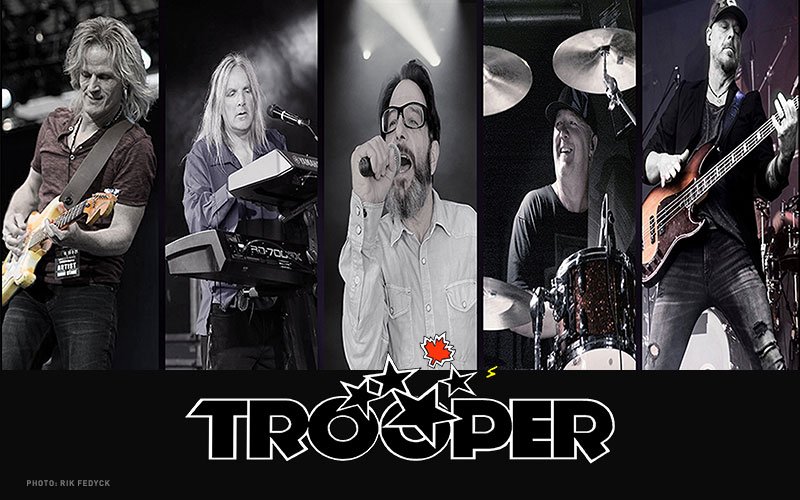 “We’re Here for a Good Time (Not a Long Time)”, “Raise a Little Hell”, “The Boys in the Bright White Sportscar”, “Two For the Show”, “Pretty Lady”, “Good Ol’ General Hand Grenade”, “Round, Round We Go”, “Santa Maria”, “Janine” – just a few of the Trooper hits that, according to writer Ryan Sparks, “have woven their way into the fabric of this country like no other bands have been able to do. Tune into any radio station from Vancouver to St John’s and you’re bound to encounter one of their dozen hit radio anthems that are still featured in heavy rotation to this day.”

It goes like this: millions of records, a couple dozen hits, a Juno Award for Band of the Year and ongoing sold-out shows across Canada. Universal Music acknowledges them as “one of Canada’s top five selling bands of all time” and the Vancouver Sun has called them “Canadian rock heroes of the first order … the best performing band in Canada”.

Then, as now, what makes Trooper what they are is great performances and great pop songwriting.