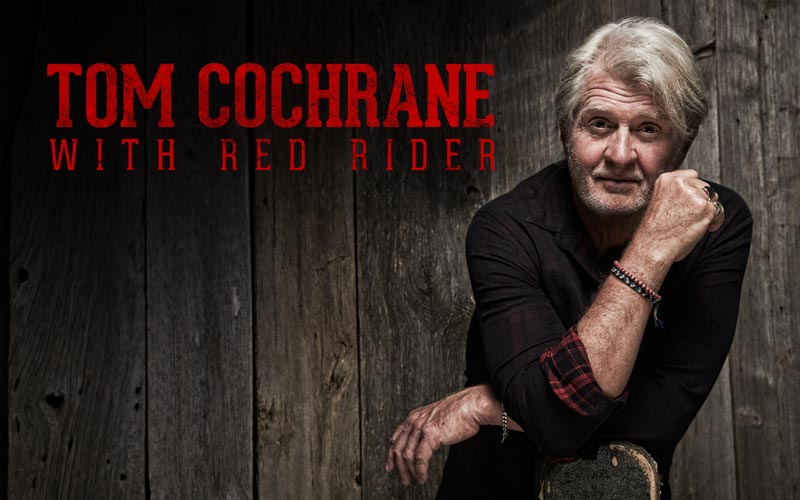 An iconic career which started in the pubs, rough neck bars and coffeehouses of the roads and highways of first Ontario and then the rest Canada and then the world has spanned over 4 decades. Tom Cochrane is characterized by creative, adventurousness and musical and personal integrity.

A few years into his tenure with Red Rider they graduated to larger venues, halls, arenas and festivals stages. “The early days never leave you though, they get etched on your soul like a tattoo.” Within and without Red Rider, Tom has released 17 albums. Having helped shape the musical landscape for future generations of Canadian artists, Tom remains one of only 3 male Canadian singer songwriters to have a diamond certified album in Canada (over a million copies sold). Mad Mad World is now around 1.7 million in Canada, and at over 3 million worldwide. Songs such as Life Is A Highway and Lunatic Fringe have been international hits and continue to garner much airplay around the world.