Talk is Free Theatre: INTO THE WOODS In Concert 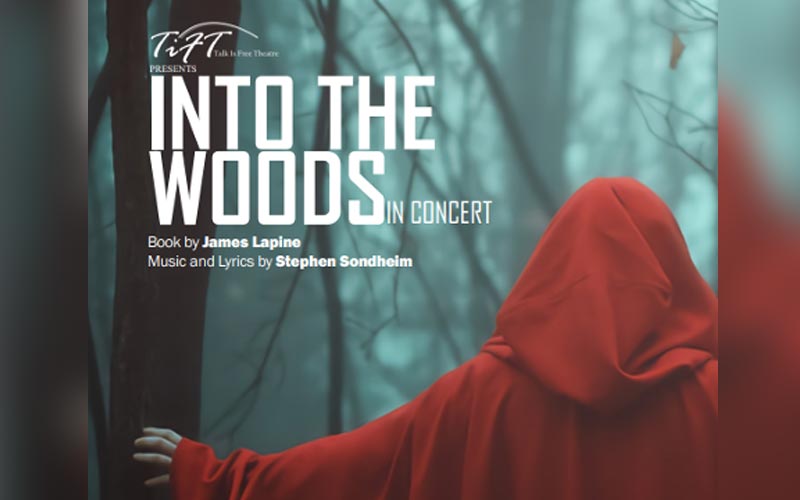 Into The Woods is a musical journey that intertwines several beloved Brothers Grimm characters and explores the consequences of their individual wishes and wants. Characters include Little Red Riding Hood, Jack (and the Beanstalk), Rapunzel, and Cinderella to name a few. At the centre of the story is a childless baker and his wife who will do anything to have a family but they encounter a powerful witch who has placed a curse on them. Throughout this magical journey, characters from different fables encounter each other as they fight for what they believe is their happily ever after.

Based in Barrie, ON, Talk Is Free Theatre (TIFT) focusses on a range of work, including new writing, radical retellings of the classics, while emphasizing off-centre musicals and immersive work.

The company brings their productions to audiences across Canada and abroad. With a recent immersive odyssey, The Curious Voyage, TIFT invited patrons to travel from Barrie, Canada to London, UK, as part of a three-day narrative. The company also tours Darrell Dennis’s Tales of an Urban Indian, staged on a moving bus, across Canada and internationally. TIFT produced the Canadian Capsule, featuring three immersive productions, in Adelaide, Australia in 2020.

Book by James Lapine
Music and Lyrics by Stephen Sondheim