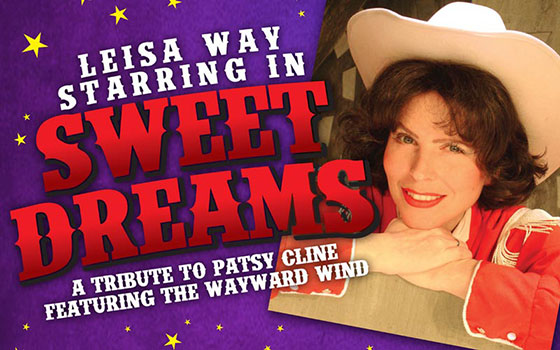 Legendary singer Patsy Cline was born on September 8th, 1932 and died on March 5th, 1963 in a plane crash that went down in a snowstorm near the hills of Camden, Tennessee. She was returning home from singing at a benefit concert in Kansas. She’d been on the road traveling and performing and had missed her two kids so much that she decided to fly rather than drive back from that concert…. she wanted to get home quicker to see her babies.

At the time of her passing she was only 30 years old, but she had packed a lot of living into those few years and had accomplished a tremendous amount in the mere 6 years since she’d had her first hit record.

She left behind a legacy of music that will live on long after we are all gone. Friends describe Patsy as a woman whose heart was as big and as warm as her God given voice.

We hope that tonight you will enjoy spending some time with the music of, “The Cline”!

“captivating the audience right from the beginning as she tells the story of Cline and her rise to stardom.” – Saugeen Times