An Evening with Sarah Harmer 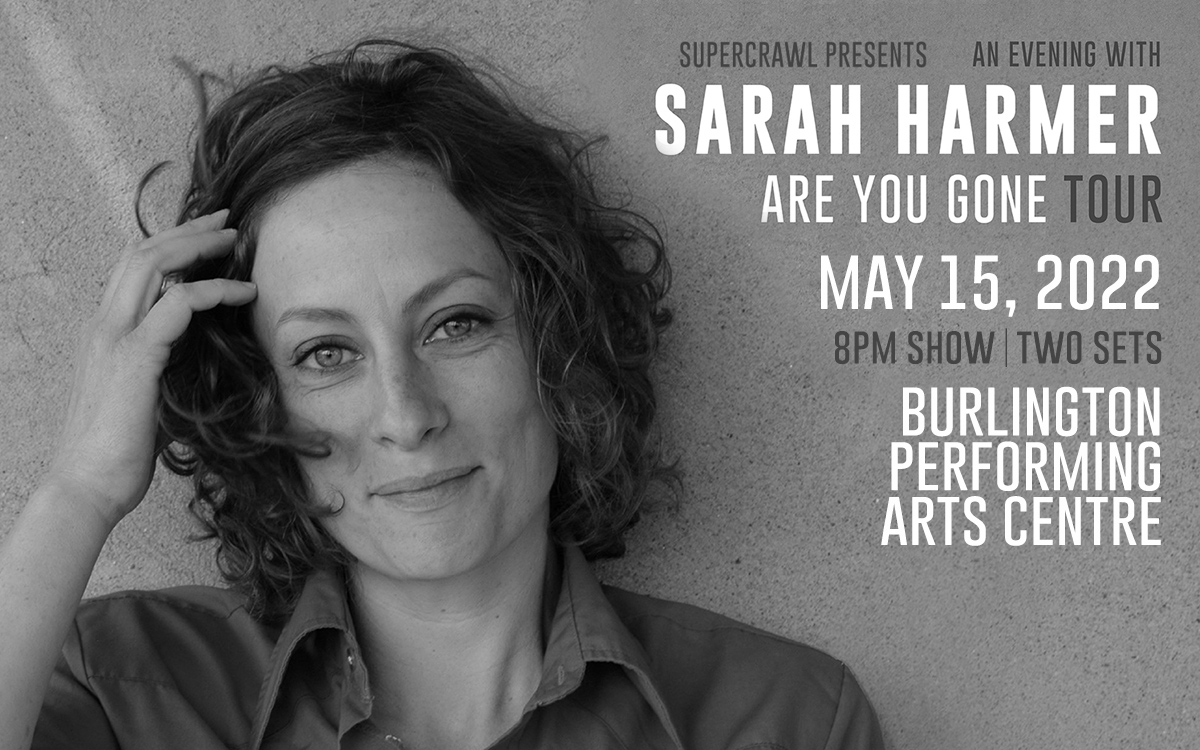 Are You Gone – the first new album in a decade from Burlington-bred singer/songwriter Sarah Harmer – is a deeply personal and momentous collection of songs motivated by the beauty of life, the urgency of climate crisis, and the question of loss. The first song, “New Low”, is more than a return to music for the internationally celebrated singer-songwriter and activist: it is a definition of form, a call-for-uprising in the face of global disaster, at the most critical moment for Harmer to raise her voice – one of the most distinctive in Canadian music. The vitality of “New Low,” its heedless pace, sharp guitars and exclamatory horns, bely the passage of time since Harmer’s last record, Oh Little Fire (2010). Nearly 20 years from the release of her debut, You Were Here (2000), Are You Gone brings a close to Harmer’s period of musical quietude with a rousing artistic statement, rich in detail and emotion, from the heart and for the spirit. The multi-award-winning platinum-selling musician’s long-anticipated sixth album, released in February 2020 on Arts & Crafts, was nominated for the 2021 JUNO Adult Alternative Album of the Year.

“Are You Gone… highlights the great strengths of a singer, musician, and songwriter and how much the inherent resolve of her work has been missed… one of the most accomplished and affecting albums in her already remarkable catalogue.” – Exclaim!

“Are You Gone, like all of Harmer’s work, is both personal and urgent in its storytelling; her lyrics use so much of the natural landscape that she clearly treasures as metaphor for human relationships as well as questions that have less straightforward answers.” – Spill Magazine