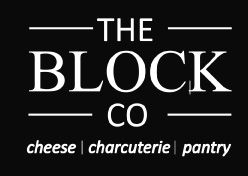 Developed by Troy Smith, a foodie and restauranteur , The Block Co became altogether something extraordinary. A local hub where you can find some of the worlds best cheese and charcuterie producers, local furniture restoration, local retailers of chef creativity, goods and provisions.

Troy Smith stared out in the restaurant industry as a dish washer at the wee age of 15 and worked his way through every position , feeding a passion he didn’t know existed until later on in his career when he decided to take on a management position. From then on Troy worked with some of the best restauranteurs, chefs and owners. Developing his skills until finally landing a GM position. Troy says; “I’ve always known I’d be opening The Block Co one day, I just never new her name! When we started out the Block Co was something completely different , and only came to fruition in 2016. Now it’s taken on an identity of its own!”